From what used to be a place harboring the pinnacle of faithful obedience and healing to what is now luxurious boutique accommodation, the renovation of The Jaffa Hotel in Tel Aviv was completed in 2018. British interior designer John Pawson collaborated with local architect and conservationist Ramy Gill to transform what was originally the School of the Sisterhood of Saint Joseph convent and a neighboring 19th-century former French hospital, preserving its historic details and meticulously restoring features such as the stucco, the stained glass windows, and stonework that dates back to the 12th century. 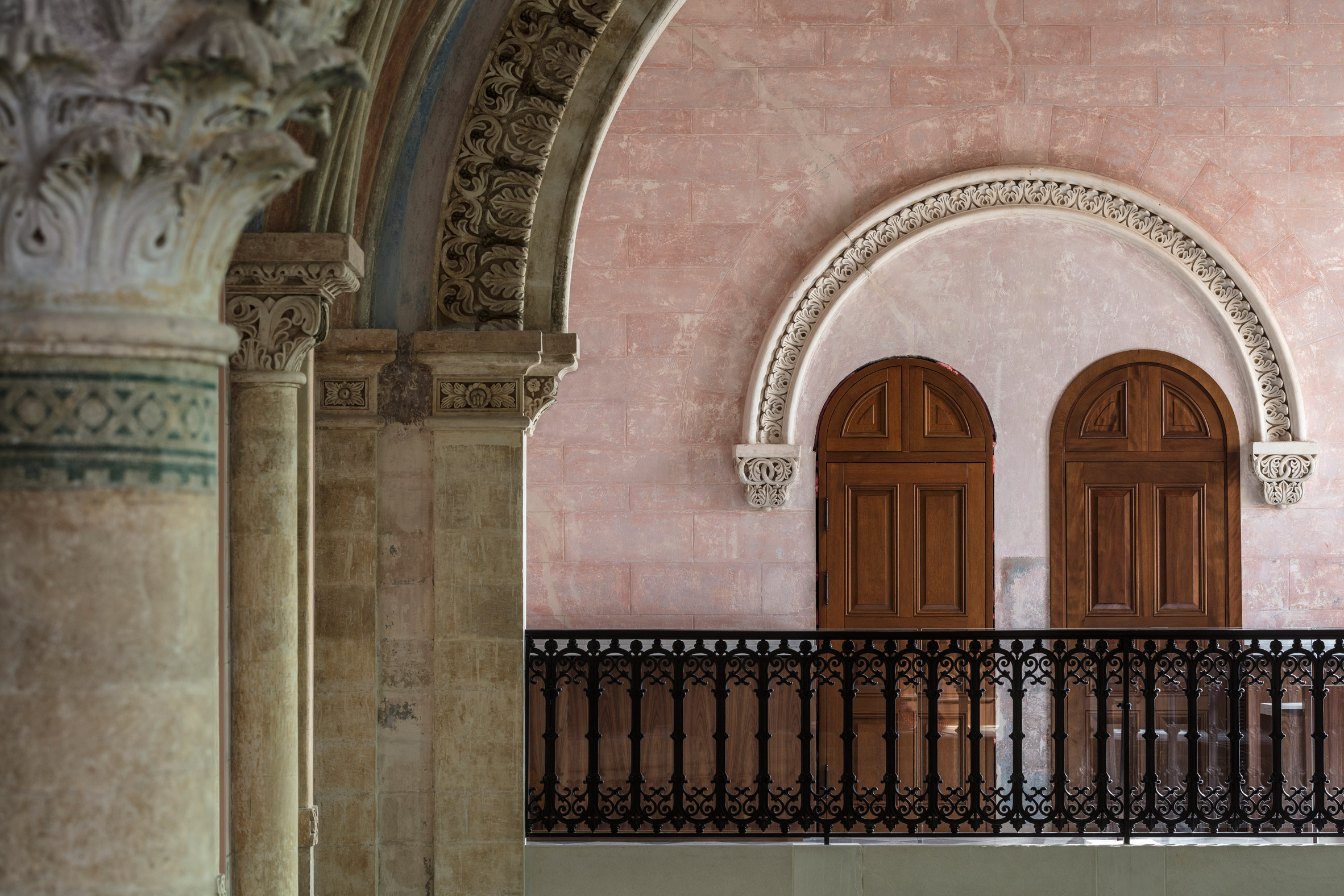 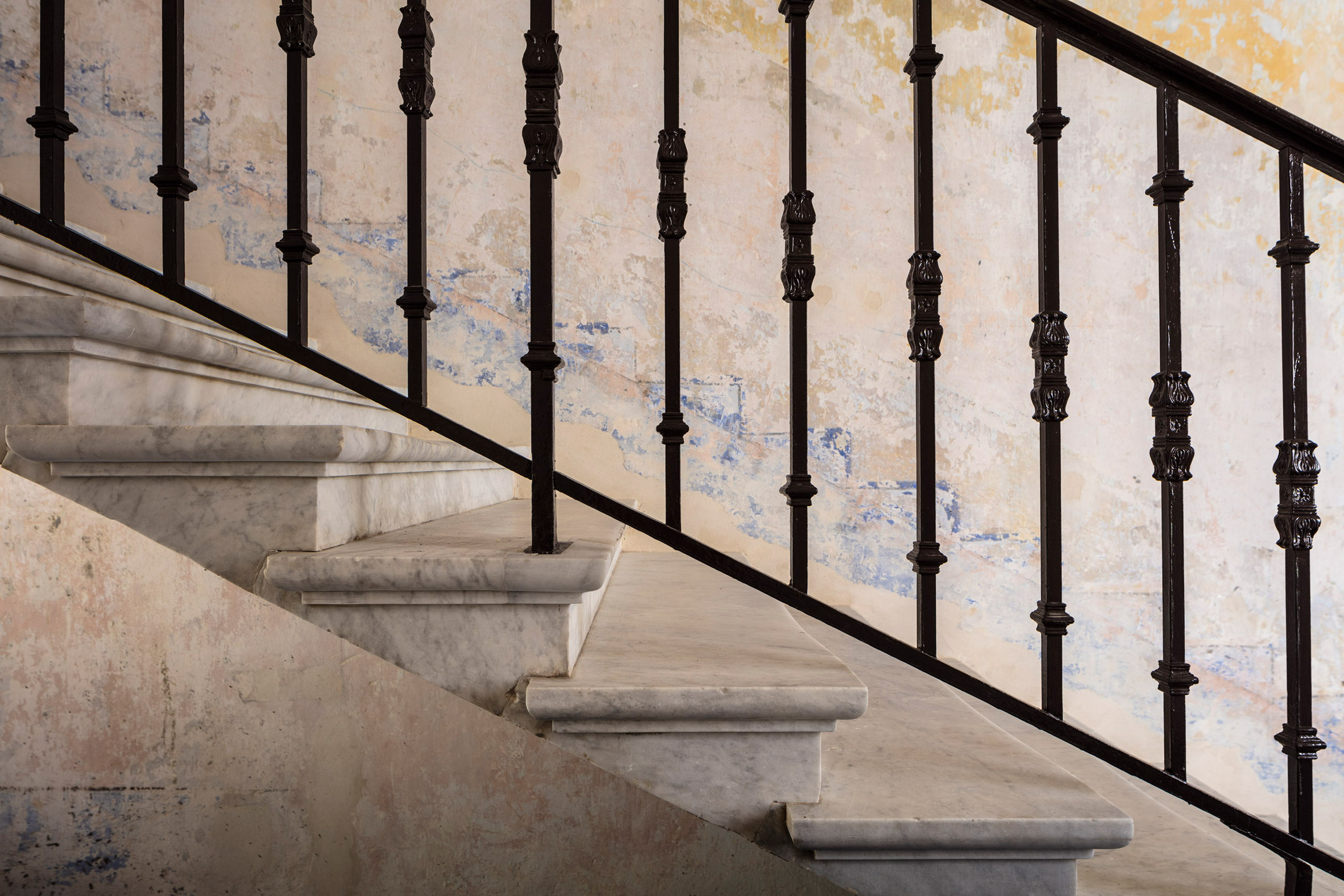 The hotel includes 120 hotel rooms along with suites and 32 private residences in a recent six-story extension. Whilst the reception is also located in the new building, it features remnants of a 13th-century bastion wall found whilst excavating the site. 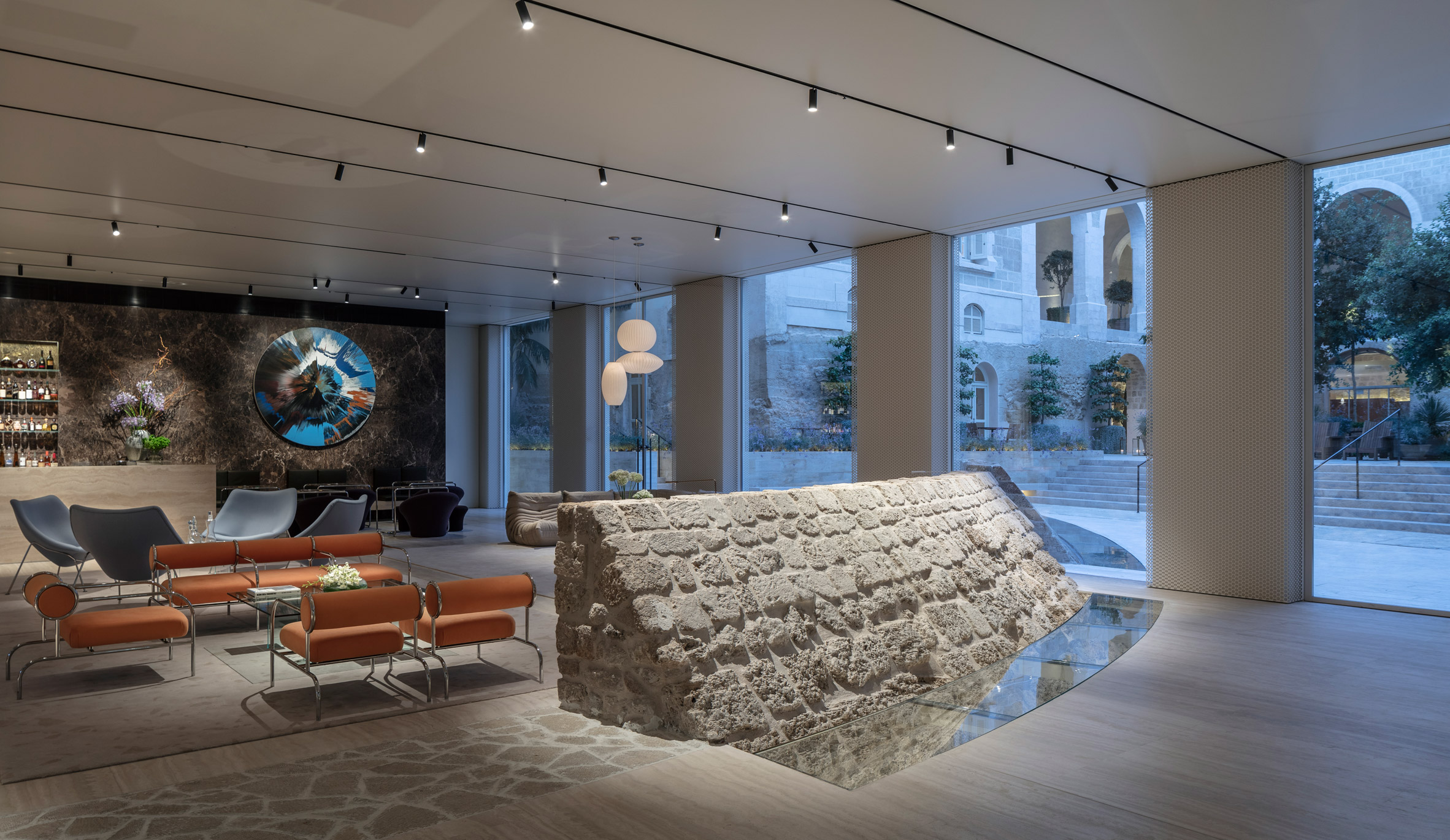 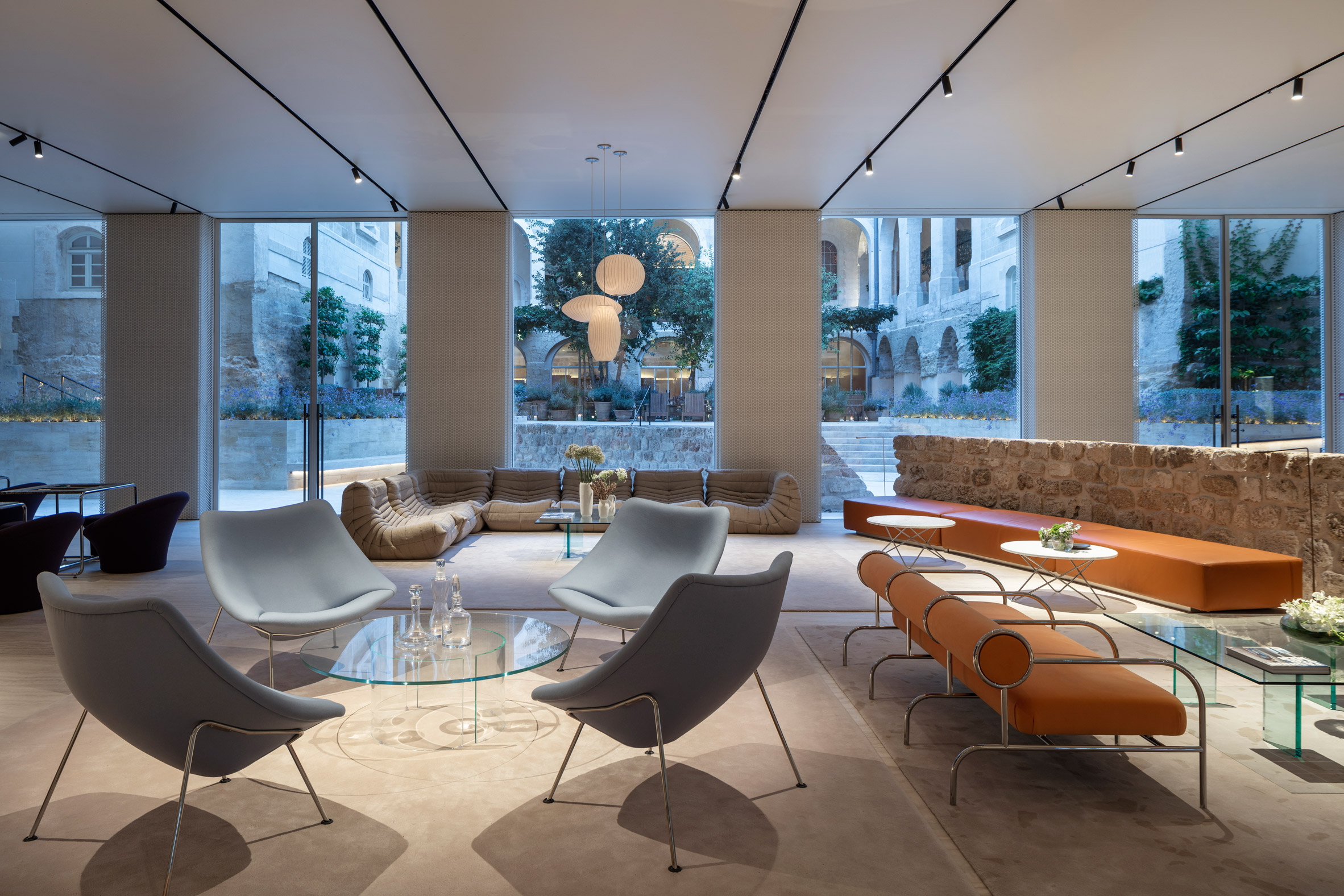 The hotel’s bar named ‘The Chapel’, formerly an area used for prayer, is the perfect space to marvel at the pale blue arched ceilings and the intricately plastered soft pink walls, along with the modern furnishings in complementary tones which juxtapose the historic dimension of the place. Other pieces used throughout the hotel include lounge chairs by Japanese designer Shiro Kuramata and Elysee seats and sofas by French midcentury classic designer Pierre Paulin. 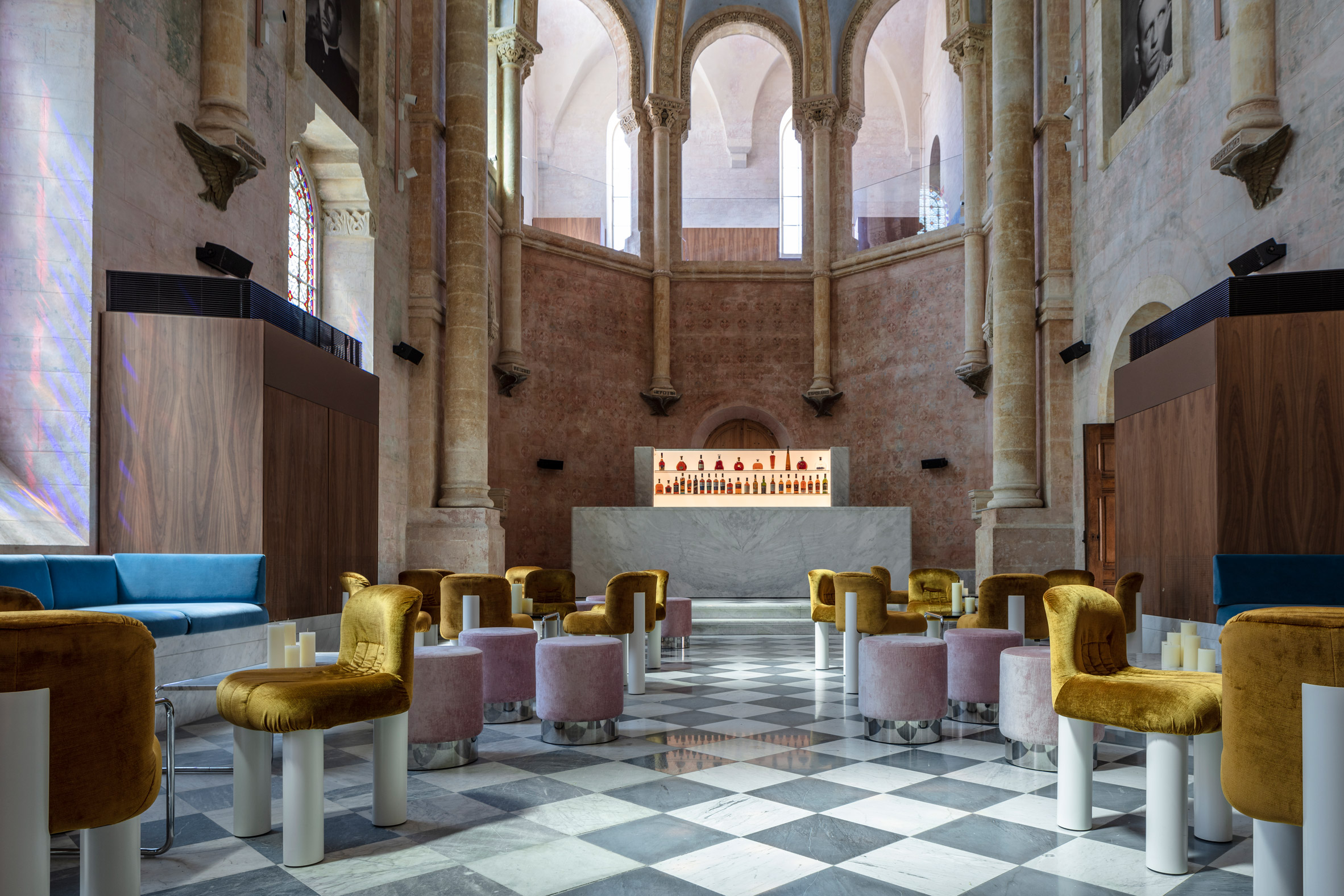 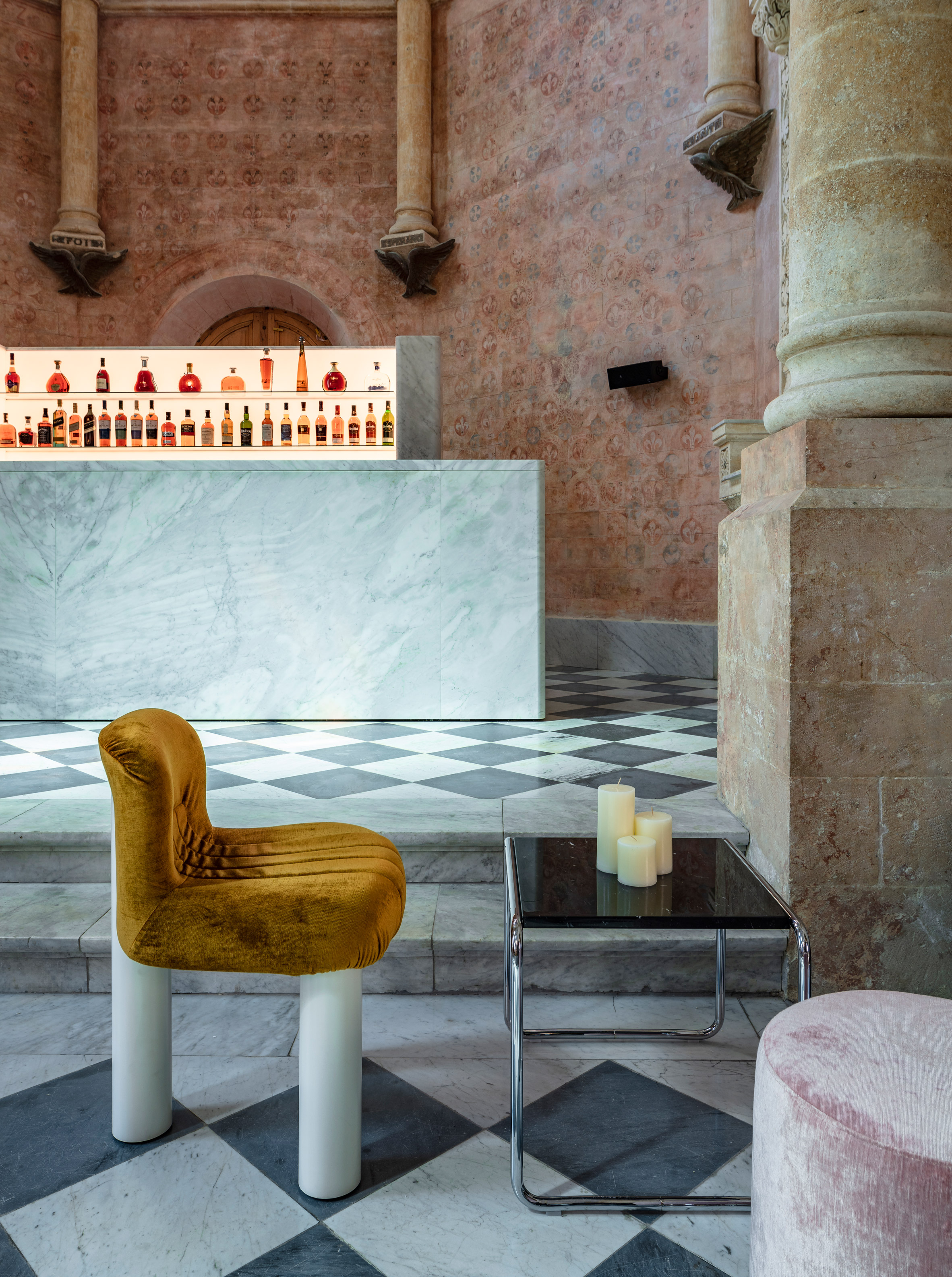 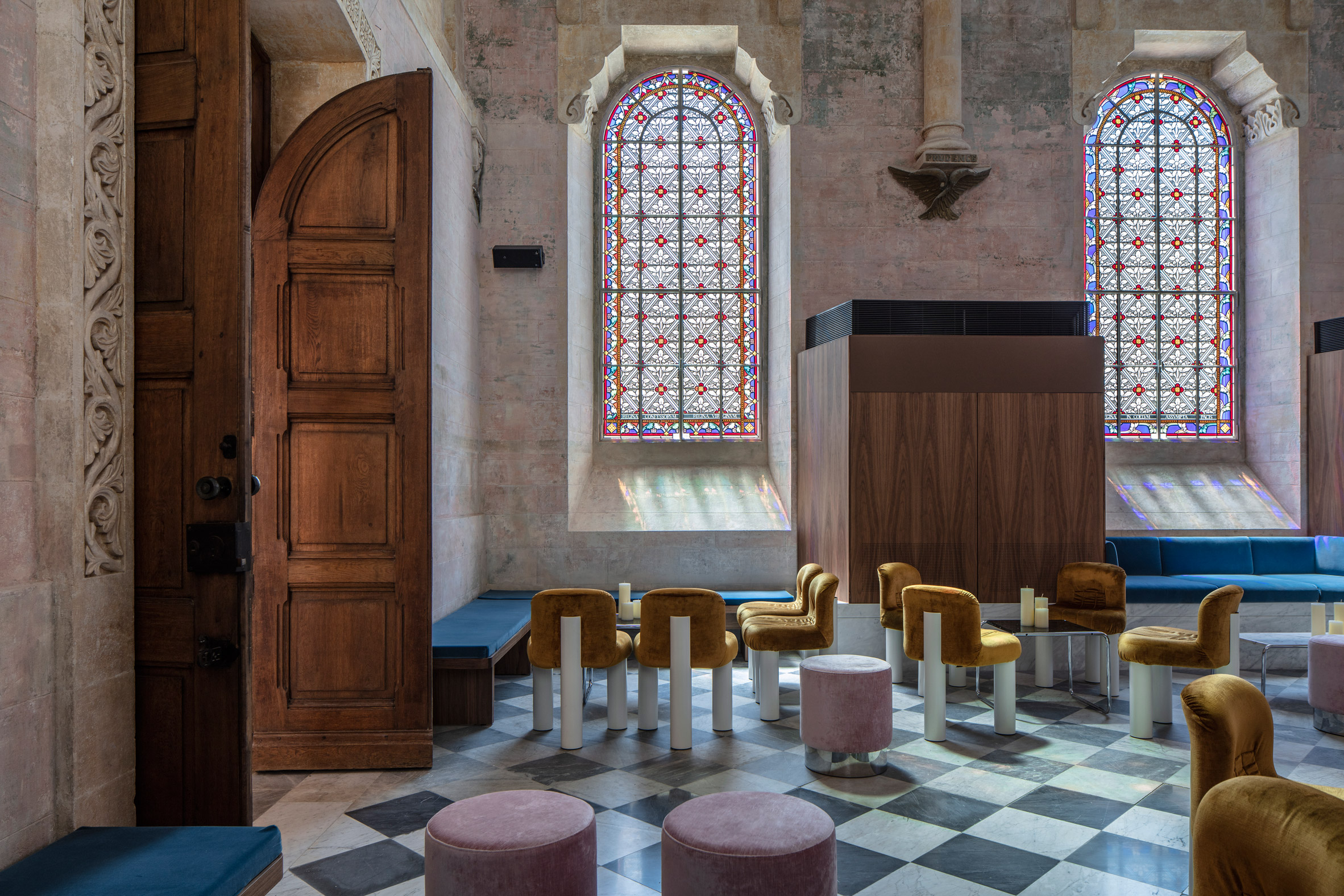 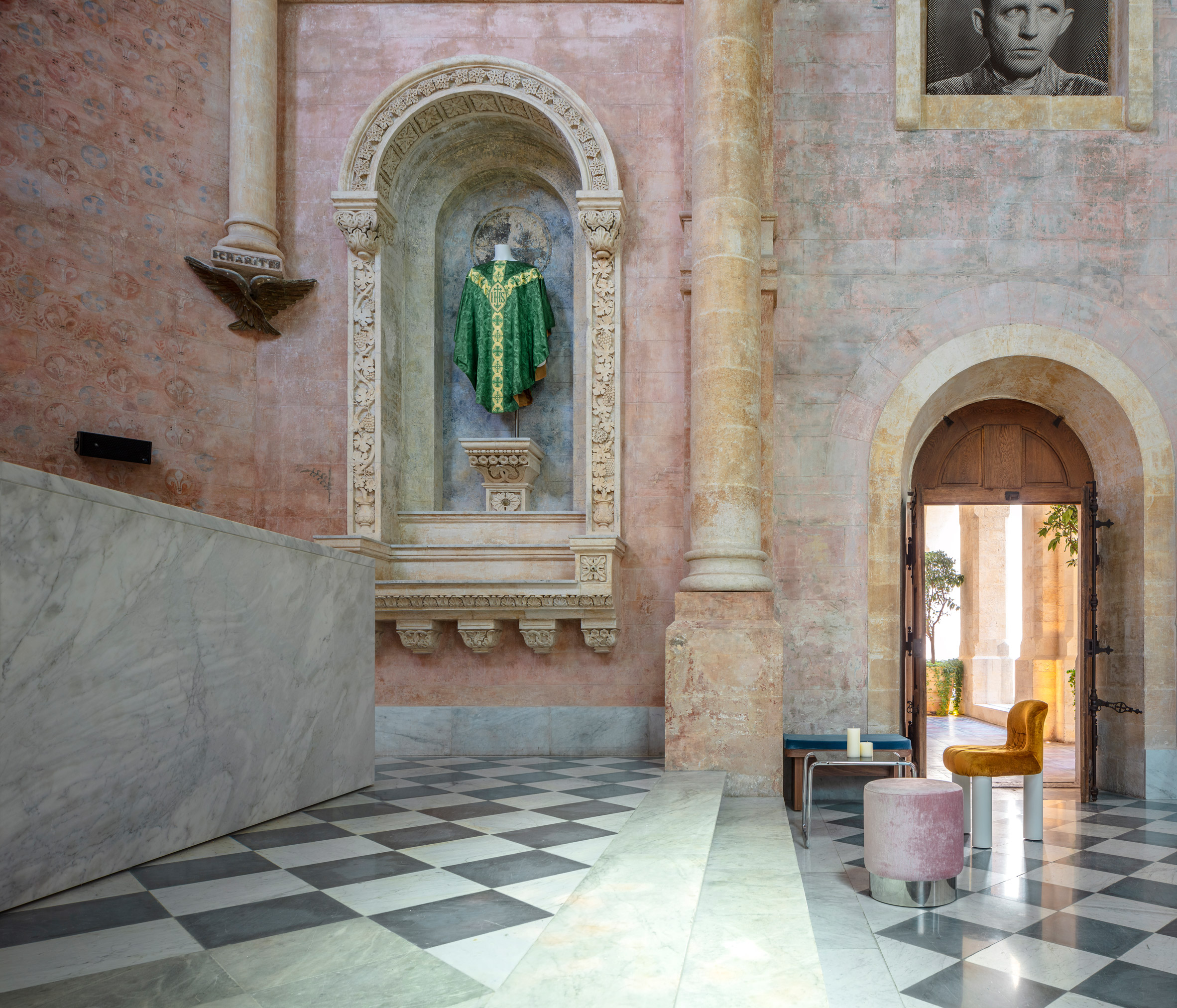 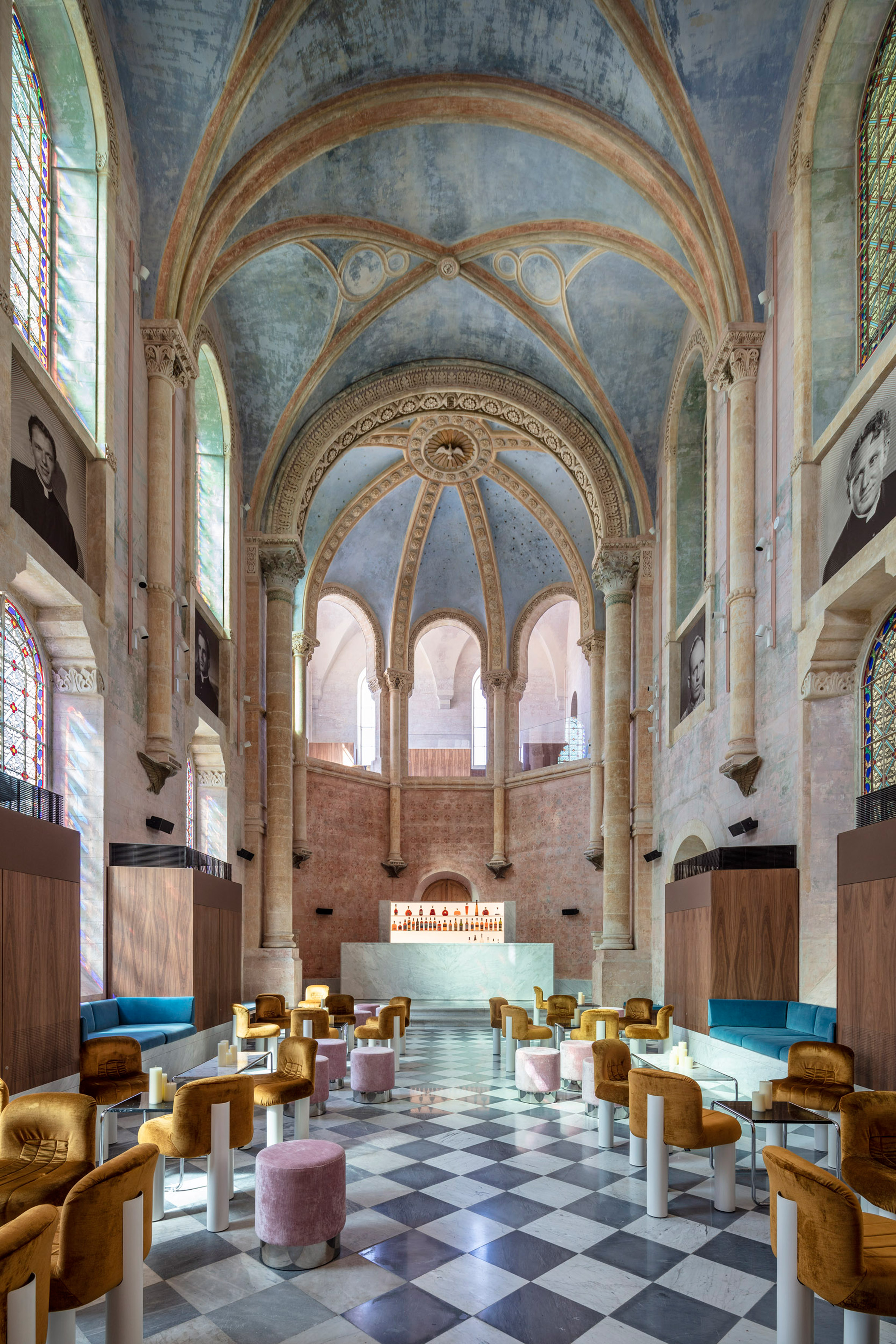